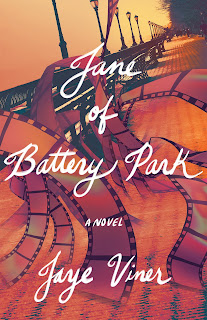 A Los Angeles nurse with a dark past tries to start life over with the man of her dreams only to discover he’s as much a part of her past as her present.

The character I most enjoyed creating was the blockbuster movie star Steve. I read several Hollywood bios and autobios (Rob Lowe, Tab Hunter), I watched Entourage, and then I built on those sources with my own imagination. I think readers will hate Steve, but he’s just as complex as the main characters. He wants to be loved in a genuine way, but being a beautiful person has conditioned him to certain behaviors and he feels pressure to perform.

Rhea, Steve’s mother, was the most challenging character I wrote for the book. She’s a secondary character, but she’s also really important to the texture of the story. Many early drafts her voice felt off, and then she felt stereotypical. I really struggled with giving her life without having it take over the book.

I started writing this book in 2012 and thought it was finished in 2014. I went through three rounds of sending queries to agents, then workshopping in an MFA, then more agents, and no one picked it up. I knew Kate Gale, the editor at Red Hen, and, when agents felt the big publishers couldn’t sell it, she picked it up.

The difference between thinking you’re a writer and being a writer, is making space for writing. If you don’t make space for it, no amount of wanting is going to help you.

How much my idea of what the story was supposed to be changed over the drafts. I started out thinking I was writing to help coastal people understand the appeal of home-grown conservative religion in the Midwest. But the book ended up being much more about the process of deconstructing fundamentalist belief and how a person figures out who they are when they want to come from a different place.

The title refers to the main character, Jane’s, desire to remake herself as a woman from place different than where she comes from. A foundational scene takes place in Battery Park in New York City. It changes the direction of her life. She thinks of herself as Jane from Battery Park because of that moment, claiming the park and the events there as her foundational homeplace.

Sadly no recipes, but there’s a lot of sushi in the book. One of the things Jane wants to learn is how to eat sushi correctly. Much of what happens in this article is in the book. https://www.insider.com/sushi-mistakes-americans-get-wrong-2018-6#while-were-at-it-please-also-stop-mixing-wasabi-into-your-soy-sauce-2

READ MORE ABOUT THIS AUTHOR: www.JayeViner.com