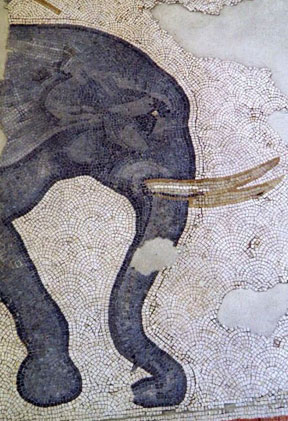 EDGE is named for the EDGE list, which stands for Evolutionarily Distinct and Globally Endangered. Most of the poems in it describe a singled endangered species, although there are some more general poems about living through and attempting to cope with The Sixth Extinction.

These are the most impersonal and highly researched poems I’ve ever written. I wasn’t even sure they were poems at first, but I was driven by my obsession with The Sixth Extinction, so didn’t really care. I thought about Marianne Moore’s animal poems as an ideal model. In educating myself, I hope to also pass on information that might be valuable to someone else, or just make them care more about all the transfixing creatures we are destroying in our carelessness and greed.

This was the easiest road to publication ever. Once I put the poems together into a chapbook, I sent it out to a few contests, but in the meantime, a friend told me to try Ethel. I did, and in under 24 hours, I heard back, We would love to publish this.

The low was purely physical: I think because I was on sabbatical sitting at my computer (in a highly unergonomic set-up at my dining room table) doing research and writing all day, then jumping up to do Zumba or Pilates, I slipped a disc and spent five months in PT and recovery.

Every detail I included in these poems surprised me: I fell in love with each species while working on it. I was also surprised by the speed of acceptance of the manuscript (I have barely had time to get any individual poems published) and also by the excitement of my poet-pals at these poems, which are nothing like my usual (more personal, not to say confessional, and often humorous) work. I hope I managed to get some humor in there, despite the tragic subject.

Some estimates say that four species are disappearing an hour, others say up to two hundred per day. We know only a very small portion of the natural world, which is melting away all around us. Each of these exquisite forms evolved over millennia and is irreplaceable, but so many are vanishing before we even have the chance to name them or know anything about them. The great writer and biologist E. O. Wilson warns that we have no idea at what point, as a result, our entire ecosystem might crash.

As soon as I discovered the EDGE list, I knew I could use it.

People who think they don’t like poetry but are surprised to find that they can read, comprehend, and enjoy my work.

Obsessively. Discovering the poem is the hard part for me: my favorite metaphor is fishing. Once I’ve got one on the line, I’m completely happy and in the zone, and I can edit for hours. I generally start longhand, usually free writing, until the poem takes shape: then I type it up and print it, read it out loud, and revise in pencil, mostly trimming and trimming away, till it’s as spare as it can be. Sometimes I move parts around. When I can’t make it any better, I give it to one of my poet pals for criticism, and then repeat the process. I researched these poems online, gathering pages of information, which I printed out; I highlighted whatever caught my imagination, strung those parts together, and then started trimming and shaping. I like Michelangelo’s metaphor of seeing the sculpture in the stone and chiseling away until it’s revealed; I hope I accomplished something like that with my blocks of research.

What was your experience ordering these poems?

The first poems I wrote were the Madagascar poems, which come early in the book. Then I tried to vary them in length and tone, and the size of the subject species (some very tiny, others huge). I tried to begin and end with more general poems, and intersperse those throughout. I tried to end with a bit of hope, not to be too despairing.)

I am the opposite of a foodie, perhaps because I have anosmia (no sense of smell). But I would beg people to please avoid eating red meat: while humans are only 1/3 of the mammals on the planet by weight, another 60% are our livestock, mostly cows and pigs; this leaves only 4% left for ALL wild creatures, from mice to elephants. You don’t have to go vegan, or even vegetarian, but if we all simply ate less meat, there would be that much more room on the planet for everything else. And no farmed fish! It’s terrible for the ocean, and for wild fish.

READ MORE ABOUT THIS AUTHOR: www.barbaraungar.net

ORDER THIS BOOK FOR YOUR OWN TBR PILE:
https://www.ethelzine.com/shop