A Cocktail for My Novel: Absolut-ly, SILVER GIRL!

It's not every author who has a husband who will create a special cocktail to celebrate her new novel, set in the 80s in Chicago! Call me Absolut-ly Lucky!

The 1980’s ushered in the advent of Vodka as an emerging cocktail spirit in the American market.  One of the most successful and iconic ad campaigns of the decade were the ads made for Absolut Vodka featuring the bottle in a variety of whimsical displays.  At the same time, California wine producers began to take on the Champagne region of France with their more affordable and approachable sparkling wines. The Korbel brand from Sonoma, California was a leader in making the “champagne experience” more accessible.

Absolut-ly, Silver Girl recognizes this time period—the setting for Leslie’s novel SILVER GIRL—and the roles both Vodka and Sparkling Wine played in our drinking lives in the 80s.  It’s also an attempt at a playful update of the classic and refreshing Tom Collins cocktail first memorialized in 1876 by Jerry Thomas who many recognize as “the father of American mixology.”

In the Absolut-ly, Silver Girl Cocktail we have swapped Vodka for Gin, replaced granulated sugar with a more complex simple syrup and introduced a dash each of cherry bitters and orange bitters to replace the typical Collins’ garnishes. Topping off this cocktail is sparkling wine which takes the place of carbonated water.
Below are two versions of the Absolut-ly, Silver Girl Cocktail.
Cheers!
Drink created by Steve Ello.

Add the ingredients above to a shaker with ice and shake until chilled. Double strain into a chilled coupe.

Add the ingredients above to a rocks or Collins glass and stir.  Add ice.

*How to make 1:1 simple syrup:
Boil one cup water. Add one cup granulated sugar. Stir until dissolved. Cool before use. (Can be stored for several weeks in the refrigerator.) 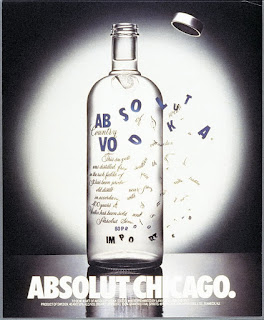