This is why people look themselves up...I didn’t realize that one of my Great Jones Street* stories was also available on Kindle…here’s the Amazon link (99 cents):
https://www.amazon.com/Death-Great-Jones-Street-Originals-ebook/dp/B073JNBWTC/ref=sr_1_4?ie=UTF8&qid=1499347759&sr=8-4&keywords=leslie+pietrzyk

Here’s the opening to the story (which I started in my prompt writing group):

TILL DEATH DO US PART

I’m meeting my stupid father “pre-performance” at the Kennedy Center bar on April 15. Which happens to be his wedding anniversary to my stupid mother. I know, who gets married on tax day? Who meets their kid on his wedding anniversary? They’re not married now, but still. I’m supposed to be there at 6 pm sharp. That’s how he still talks, like he’s a hundred-and-ten years old, like people say “sharp” every two seconds. I don’t even know what show we’re seeing, ballet or symphony or whatever. He brings the tickets.

I shoot for 6:15. He’ll be late. Plus, it’s a bar and I know I look like I’m at least eighteen, but I’m fifteen, and sometimes people act like I’m a child and sometimes I catch grown-up men staring like they want to hike my skirt with one hand and fuck me, like they’re imagining no underwear in the way. Anyway, either makes sitting around a bar waiting for his entrance exactly what I’m not in the mood for.

He’s always late. He’s a very important man in Washington, DC, always “running behind,” with some assistant whose whole job is texting bullshit about how late he’ll be. Delete. 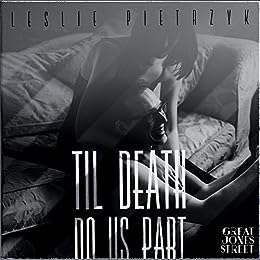